When it comes to skeleton hoodies, do you instantly think of clothes that completely mimic the human skeleton? Oh, come on! That would be so boring. The skeleton hoodie or sweatshirt is no longer a stereotypical horror image but has evolved into a myriad of interesting styles. It has gradually integrated into street clothing, become one of the irreplaceable parts. Here are some of the excellent skeleton clothing styles, you can choose for yourself.

If this is your first attempt at a skeleton hoodie, consider a skeleton dress with minimal lines. This kind of printing outlines the skeleton with simple lines, humorous and interesting. The image below is a skeletal image of doing yoga, and this image departs from the negative connotations of traditional skeleton images and reminds us that we can exercise anytime, anywhere, so don't overthink it, just Twist The bones, Bend The Back! 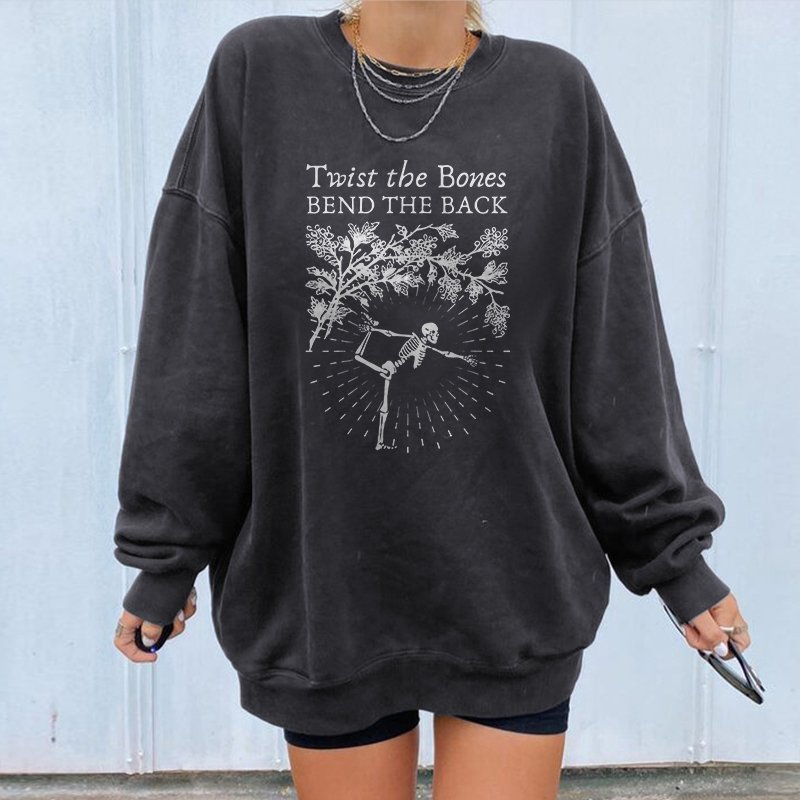 Minnieskull Bend The Back Skull Sweatshirt

Compared to the minimalist style, anime-style will have more colors and details, and the larger patterns and more colors will be more eye-catching. This is especially true for solid color clothing. Whether you are going to the mall or a friend party, you can wear this animation-style hoodie, the front is just plain black, but turned around to reveal the anime-style print on the back, the contrast between the front and the back will be impressive. At the same time, the thick fabric of the hoodie also protects against the cold. 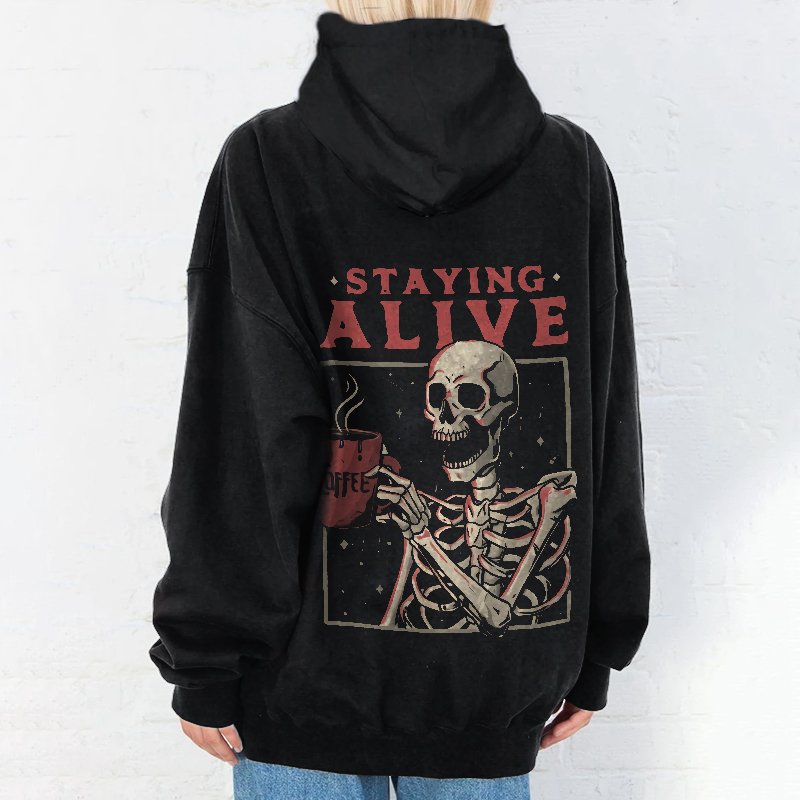 If you don't want to be too conspicuous, then consider partial skeleton printing, the hand skeleton is a good choice. Because the hand skeleton has many different gestures, developing different styles for you to choose from, which can be aggressive, encouraging, arrogant, and so on. It's the perfect way to express your attitude.

If you think skeletons are not suitable for aesthetic matching, you are wrong. Because there is nothing like a skeleton to represent death, and romance is often seen as unencumbered by life and death, even death cannot make romance die. The combination of skeleton and beauty just echoes the theme of romance until death. 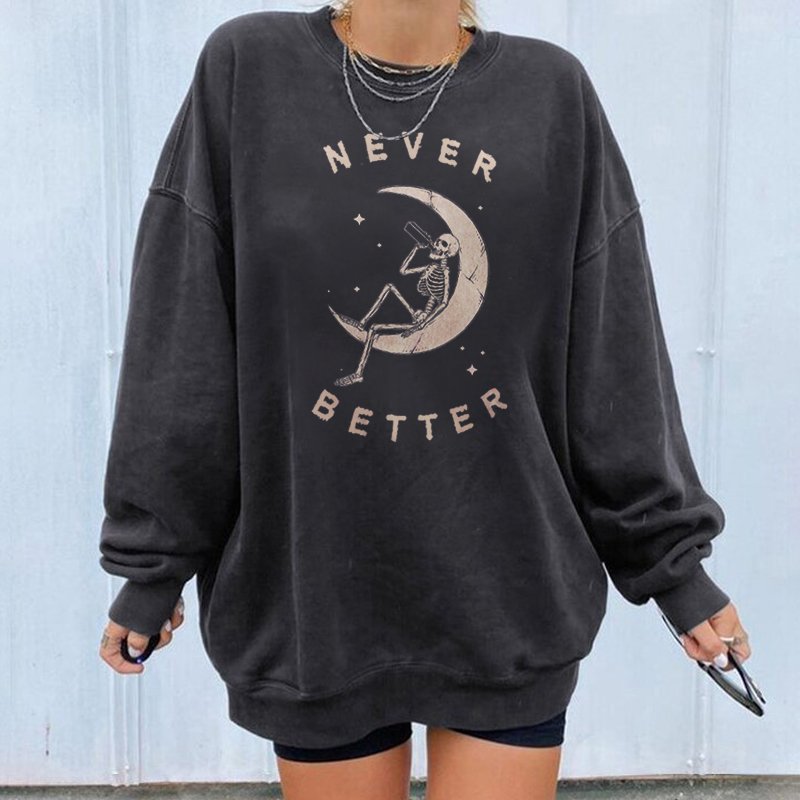 As an important part of street culture, the slogan can also be matched with the skeleton, which is unique and eye-catching. Whether making it at home or going to a coffee shop, many people choose to start a fresh day with the mellow aroma of coffee. Walking in the streets and alleys, you can see pedestrians passing by with coffee cups everywhere. It can be said that caffeine has infiltrated the genes of many people, so this slogan is undoubtedly a true portrayal of most people, an interesting way of self-deprecating.

Skeleton culture is no longer just the negative meaning of the past, it has long become the new favorite of fashionable people.

Didn't find one that suits you? Click our skeleton collection for more inspiration.